The celebration of the 15th anniversary of Killzone was marked by the release of a Fantastic Killzone Visual Design ArtBook, 208-page hardcover concept artbook. Six games have been launched so far and I’ve always wondered why there weren’t any artbooks for Killzone and here it is, finally. 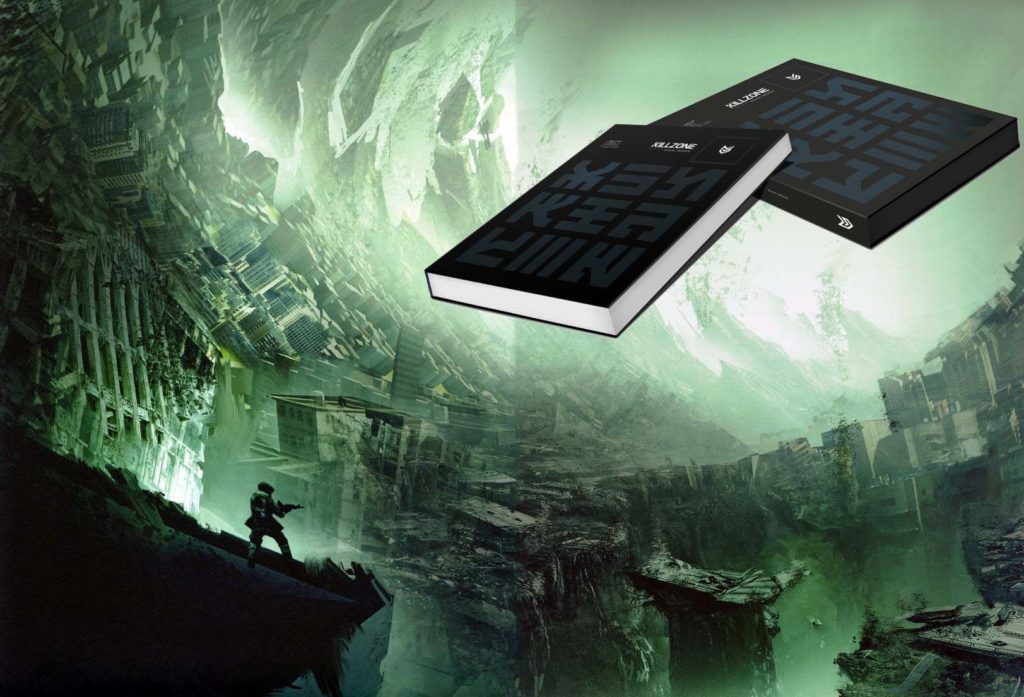 Killzone Visual Design is the first comprehensive overview of the visual development of the million-selling Killzone video game series. With unlimited access to the image archives of game studio Guerrilla and the people involved in making Killzone, compilers Arjan Terpstra and Cook & Becker unearthed images and stories from fifteen years of outstanding visual design. This book gives a detailed, illustrated account of the idiosyncratic design philosophy behind the Killzone video game series, the beautiful concept art used to create the Killzone universe and the amazing attention to detail Guerrilla bestows on its games. From early hand-drawn concept art used for the first Killzone game to awe-inspiring in-game renders from Killzone Shadow Fall: this book truly celebrates the talent and skills of Killzone’s makers. This coffee table art book will inspire fans and anyone involved in visual design – be it video game design or any of the other design arts.

The artworks are fantastic. Many are mostly realized and highly detailed concept paintings and renders. There are also some sketches. There are some 3D renders with textures too and those look fantastic when shown full page.

This is a very high quality and beautiful artbook where the production value is on par with The Art of God of War Ascension and Blackwater Archives | The Art of The Order: 1886.