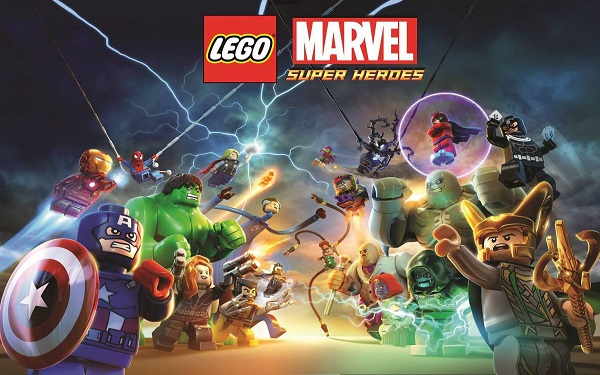 Lego Marvel Super Heroes is a action-adventure video game that is developed by TT Games and is published by Warner Bros.
Following the gameplay style of past Lego titles, players will be able to control approximately 150 characters from the Marvel Universe, each with their own unique abilities.
For example, Spider-Man can swing on his webs and use his spider sense while the Hulk, who is larger than the standard minifigures,
can throw large objects, as well as shrink down into Bruce Banner to access computers.

The game begins as the Silver Surfer is being pursued by S.H.I.E.L.D. and Iron Man,
and is knocked out of the sky by Doctor Doom with his surfboard shattering into several Cosmic Bricks that fall onto the Earth.
Sandman and Abomination hold the entire Grand Central Station hostage in search of a Cosmic Brick, and it draws the attention of Iron Man and Hulk,
who are later aided by Spider-Man in defeating Sandman and thus securing the Cosmic Brick..