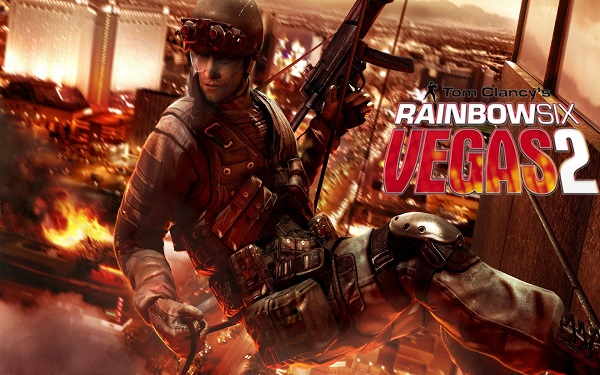 In addition to the ability to customize a character in multiplayer, the player can now customize Bishop, Vegas 2’s protagonist.

In single-player, the developers claim to have vastly improved teammate AI, so that now teammates cover each other as they advance.

There are also several new commands, for example, the ability of a teammate to throw a grenade at a specific point.
It is also possible to give commands to one’s AI teammates using the Xbox 360 or PlayStation 3 headset, or a PC microphone.
The multiplayer in Vegas 2 has been expanded to include more than 10 new close-quarters maps, two new adversarial modes, a newer and different rewards system, and according to Ubisoft, improved online matchmaking…

DO NOT TRY TO PLAY THIS GAME WITH STEAM APPLICATION OPENED, CLOSE (LOGOUT) STEAM THEN RUN THIS GAME !!!!