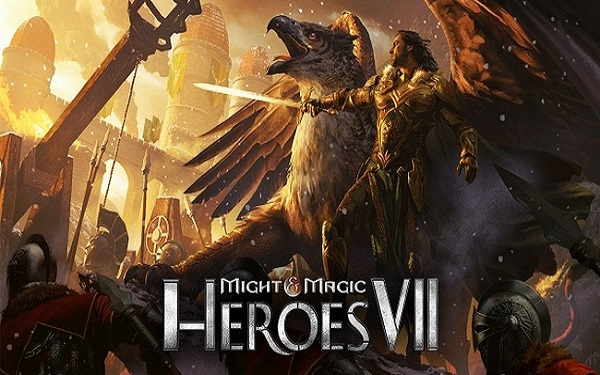 Might & Magic Heroes VII is a turn-based strategy game in the Heroes of Might and Magic series.
The game takes place some 200 years after the events of Shades of Darkness, and ten years after the assassination of the Holy Empress Maeve Falcon.
The story follows Ivan Griffin, Duke of Griffin Duchy, in his pursuit of the crown after the dissolution of the Falcon Empire but to do so he must band together with a force of allies.
One of which the world had not seen the likes of before.

Gameplay follows similar tactics found within the Heroes of Might and Magic series. Strategy is a key to the gameplay as battles are structured to a chess like board where each player controls a faction of units. The battle involves turn-based gameplay. In which each creature has an opportunity to make a move. The battle is over when all the units of one side have been killed, or in a ceasefire scenario. During each player’s turn on the adventure map, building or upgrading the main castle allows for better expansion on the map, as well as for the recruiting of an army. Players move their “Heroes” about the map, collecting resources and artifacts that provide benefits in later gameplay.
By expanding territory and capturing enemy towns, the player can build a larger army…..