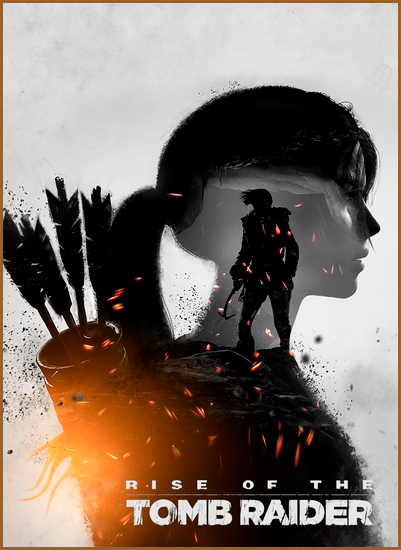 Rise of the Tomb Raider: Digital Deluxe Edition + All DLCs

Featuring epic, high-octane action moments set in the most beautiful hostile environments on earth, Rise of the Tomb Raider: Digital Deluxe Edition delivers a cinematic survival action adventure where you will join Lara Croft on her first tomb raiding expedition as she seeks to discover the secret of immortality.

After uncovering an ancient mystery, Lara must explore the most treacherous and remote regions of Siberia to find the secret of immortality before a ruthless organization known as Trinity. Lara must use her wits and survival skills, form new alliances, and ultimately embrace her destiny as the Tomb Raider. Experience high-octane action moments, conquer beautifully hostile environments, engage in brutal guerilla combat, and explore awe-inspiring deadly tombs in the evolution of survival action. In “Rise of the Tomb Raider,” Lara becomes more than a survivor as she embarks on her first Tomb Raiding expedition.

•Lara’s Journey – Lara uncovers an ancient mystery that places her in the cross-hairs of a ruthless organization known as Trinity. As she races to find the secret before Trinity, the trail leads to a myth about the Lost City of Kitezh. Lara knows she must reach the Lost City and its hidden secrets before Trinity. With that, she sets out for Siberia on her first Tomb Raiding expedition.

•Woman vs. Wild – In “Rise of the Tomb Raider,” Lara battles with not only enemies from around the world, but the world itself. Hunt animals to craft weapons and scavenge for rare resources in densely populated ecosystems. You’re encounter beautifully hostile environments, full of treacherous conditions and unstable landscapes that will require Lara to push her limits to the very edge.

•Guerilla Combat — Use the environment to your advantage, scale trees and dive underwater to avoid or take down enemies, configure Lara’s gear, weapons, and ammo to suit your play style from stealth to guns blazing, craft explosives on the fly to sow chaos, and wield Lara’s signature combat bows and climbing axe.
•Return to Tomb Raiding – Tombs are back, and they’re bigger and better than ever. In “Rise of the Tomb Raider” you’re explore huge, awe-inspiring ancient spaces littered with deadly traps, solve dramatic environmental puzzles, and decipher ancient texts to reveal crypts as you take on a world filled with secrets to discover.

•Based on Rise.Of.The.Tomb.Raider.READNFO-CONSPIR4CY ISO release: 31.2 GB
•All DLCs included and activated, Baba Yaga DLC fixed
•100% Lossless & MD5 Perfect: all files are identical to originals after installation
•NOTHING ripped, NOTHING re-encoded
•Selective download feature — you can download and install only languages you need
•Significantly smaller archive size (compressed from 31.2 to 13.5/13.6 GB for any single language)
•Installation takes 20-60 minutes (depending on your system and selected languages)
•After-install integrity check so you could make sure that everything installed properly
•HDD space after installation: 21-32 GB
•Use «Language Selector.exe» in game root to change the game language
•Repack by FitGirl

In example, if you want to launch the game with German UI/Subtitles/Voiceovers — skip all «selective» files,
but download setup-fitgirl-selective-german.bin & all main files (01-04).

This repack IS HEAVILY compatible with my Voksi-repack. 3 files have changed and they are pretty small to download.

The game creates folder & save game files inside cpy_default folder (in documents) you can see the files, but the game don’t recognize them (you can’t CONTINUE or LOAD GAME theyâ’re both greyed out, even if you start a new game) + options aren’t saved + the game introduces the DLCs each time you start it.

Fix #1: Check «Allow files in this folder to have contents indexed» of «C:UsersYOUR_USERNAMEDocumentsCPY_SAVES» folder in folder advanced properties
Fix #2 (Alternative): In “CPY.ini” you change the savepath to the partition the game is installed from default. It would become something like SavePath=D:[b/], after that you can find the saves D:CPY_SAVES and the game can work properly. You can even put saves from Voksi fix, they work flawlessly. Thanks to Hernest.

If you experience errors (Xdelta or Unarc ones) during installation, try the following things:

•Make sure your Windows username doesn’t contain non-Latin symbols. Use only Latin characters & numbers
•Re-hash torrent (in Utorrent point to the game entry, stop download/upload, then click right mouse button, then click «Force Re-check»)
•Disable antivirus (INCLUDING Windows Defender), it can delete installation files or cracks on-the-fly
•Set UAC to a minimum level, otherwise some parts of the installer won’t run due to restricted rights
•Make sure you have at least as two times more virtual memory, than actual, physical RAM
•Make sure you have enough space on target drive & on C: drive (or whatever system drive you have)
•Try install the game NOT to C: (system) drive OR specifically to C: drive (Windows rights system is a tricky thing)
•Check your Windows folder (and below) for unarc.dll — if this file exists, delete it
•Run setup with proper rights, as shown on this image: